What Happens When a Thousand Teenage Boys Form Their Own Government The prospect of allowing a thousand adolescent males to govern themselves sounds like a Lord of the Flies-ready scenario, but the Boys State program thankfully has plenty of safeguards in place to prevent ritualized murder. It is in fact one big civics lesson orchestrated annually by the American Legion (there’s a separate program for girls, because these institutions were founded in the ’30s and Americans hate change), with each state hosting its own weeklong gatherings of high school juniors. For the new documentary Boys State, directors Jesse Moss and Amanda McBaine brought their crew and cameras to the 2018 Boys State in Texas. The idea behind the program is to instruct these kids in the vagaries of politics, and the film in turn explores politics as practiced in the US today — so this is both a comedy and a horror movie.

The opening credits highlight several notable past Boys State participants: Dick Cheney, Bill Clinton, and Samuel Alito. (Others not seen here include first man on the moon that we know of Neil Armstrong, noted blood-thirsty fascist Tom Cotton, and … Roger Ebert? James Gandolfini? Michael Jordan?? Okay.) Lest this set off warning bells, I should make clear that only around half of the young subjects look like eventual banally evil government apparatchiks. The rest seem like they might grow up to become perfectly respectable civil servants — or even better, normal people. Still, it is undeniably part of Moss and McBaine’s intent that a presumed liberal viewer will be set ill at ease by numerous scenes of young men hooting and hollering variations on common conservative talking points around gun rights, abortion, et al. After all, this is Texas, motherfuckers.

The Texas Boys State program randomly sorts the teens into two political parties, the Nationalists and Federalists, with each party then electing various representatives, leaders, and a nominee for governor over the course of the week. Along the way are myriad public debates and mock legislative sessions, held at the University of Texas at Austin, which becomes a miniature self-enclosed society. (Again, one composed entirely of pubescent males, so basically Hell.) The gubernatorial election is the big climax that events are working toward, and the film’s main characters are the respective parties’ candidates and chairboys.

The Federalists play the more villainous role, particularly Ben Feinstein, a wannabe CIA agent who uses his position as chair to get a disquietingly savvy head start on ratfucking the opposition. Said opposition consists of two Nationalists who both stand out for being liberal, non-aggro POC in an overwhelmingly white, right-wing, and fratty environment. They skillfully use their rhetorical skills to bypass the biases stacked against them. Rene Otero wins over the party to become chair, while Steven Garza gamely earns their nomination for governor with a message of unity and a straight-shooting persona (he cites Bernie Sanders as his inspiration for getting into politics, God bless).

But Boys State does not forecast well for what happens when such good faith hits good ol’ electioneering. Ben eagerly goes to town tearing down Steven, braying about his gun control activism and deploying cohorts to create memes so terrible that they’d make Turning Point USA proud. (Some of the youths approvingly compare Feinstein to Ben Shapiro, a noted public idiot who as of this writing is the laughingstock of the internet for being severely triggered by Cardi B. and Megan Thee Stallion’s “WAP.”)

While the broader landscape of social discourse is aptly and chillingly replicated in miniature here, I am skeptical of the idea that it also models politics as a whole. Boys State is not a representative population for the greater US; these are kids from heavily college-minded families, or who just care about government that goshdanged much. In other words, not just nerds but the worst kind of nerds: politics nerds. (Even the mostly normal guys have their quirks. Rene is scarcely seen without a full gallon jug of water. My dude, just get a bottle.) Furthermore, they are operating within strictures imposed by the American Legion, a largely irrelevant booster club for the military. But mainly, the story misses the simpler explanation for why a progressive candidate faces an uphill battle: Setting any questions of personality or strategizing aside, most of this crowd is much more inclined to agree with his opponent’s stated positions on the issues. (In fairness to the film, this is something a lot of abominably overpaid pundits also tend to miss.) Of course, Boys State also can’t be gerrymandered or practice voter suppression, so in some ways it’s an inaccurate model because it’s far more fair than the actual US.

Even in the shadow of a subject as fraught as politics, the film remains essentially good-natured. Moss and McBaine skillfully cut through the boys’ thick bravado in interviews, showcasing the vulnerability that comes with public office (even a fake office that you go after because doing so looks good on your college application). In the years to come, the lads may grow up to become fascist YouTubers or DSA congressmen, but for now they’re all just trying to make sense of the many mystifying aspects of a very dumb country.

Boys State is now available to stream via Apple TV+.

The Surreal Paintings of Chris Austin 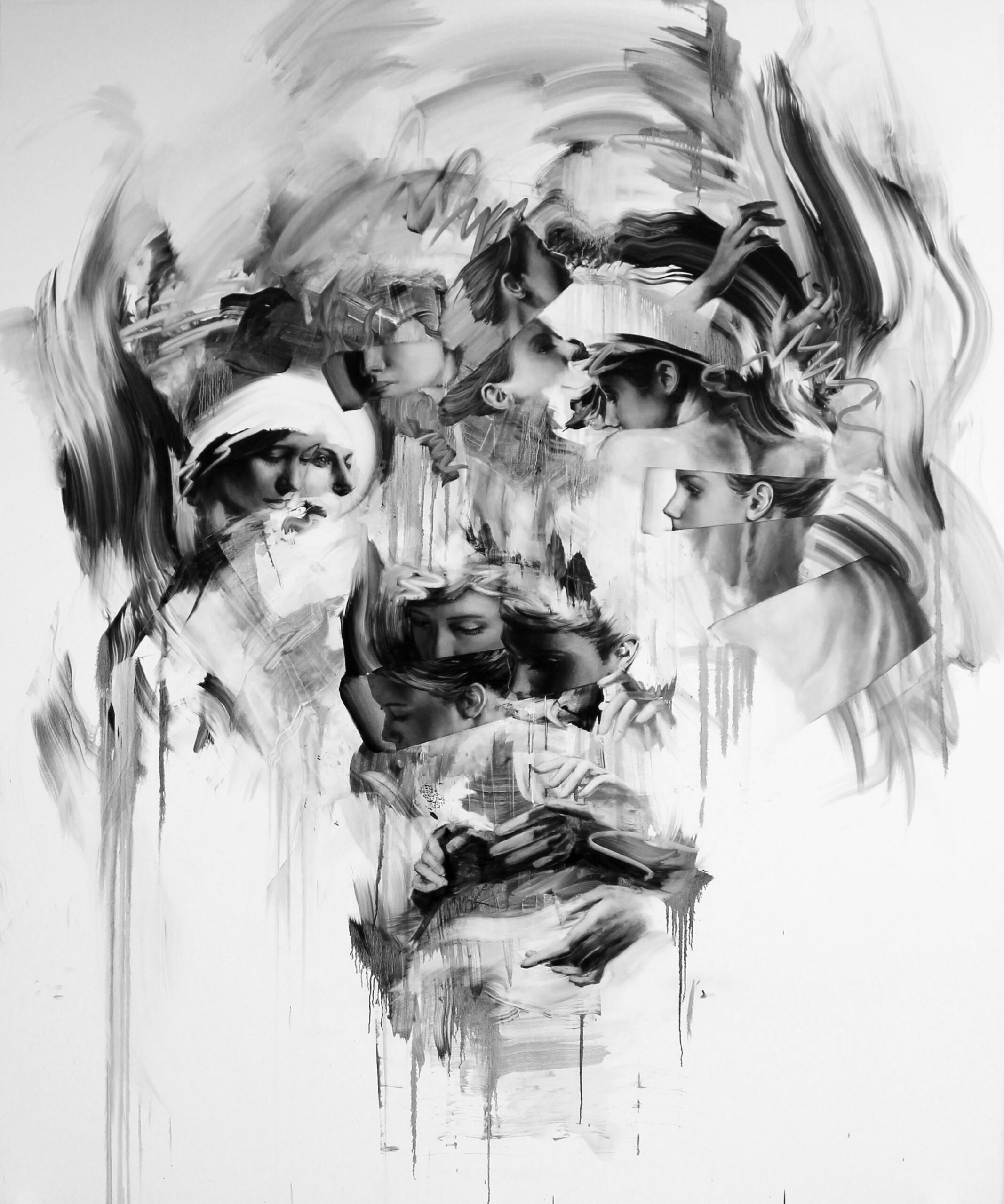