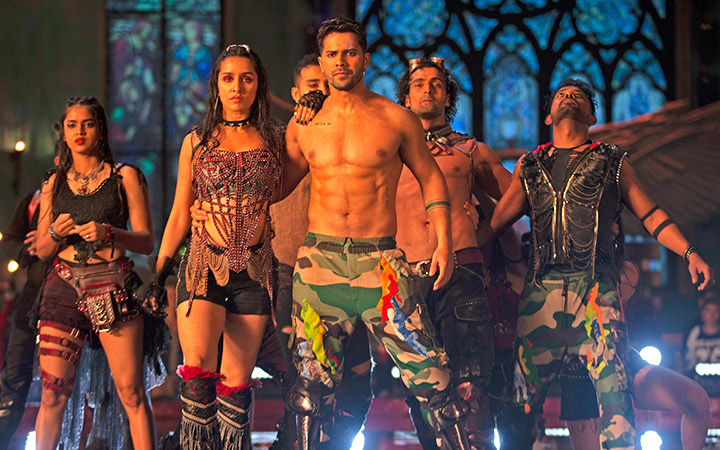 Dance films have been a rage in the West and in Bollywood, this genre got an establishment thanks to ABCD – ANY BODY CAN DANCE [2013]. Directed by Remo Dsouza, it starred unknown faces and yet fetched a decent opening and did good business at the box office. The series got a boost as the second part, ABCD – ANY BODY CAN DANCE – 2 [2015] starred Varun Dhawan and Shraddha Kapoor and was a Rs. 100 crore grosser and the first such film for both the actors. Now Varun, Shraddha and Remo join hands once again for STREET DANCER 3D, which is also in the same zone as the ABCD films. This time, they promise to take the dance and madness many notches higher. So does STREET DANCER 3D manage to fulfil the expectations? Or does it fail to impress? Let’s analyse.

STREET DANCER 3D is the story of two warring groups uniting for a larger cause with the backdrop of dance. Sahej (Varun Dhawan) is an Indian origin British resident based in London with his family. He and his brother Inder (Punit J Pathak) are a part of a dance group called Street Dancers. Inder had participated in a globally reputed dance performance called Ground Zero. Sadly, in the final act of his dance performance, he gets injured and breaks his knee. Two years later, Sahej travels to Punjab, India for a wedding. He returns with lot of money which he uses to buy a dance studio. He tells Inder that he got this money by performing back home. Sahej reunites the Street Dancers gang and they begin their street dance performances. In the same locality, another dance group resides called Rule Breakers. They are of Pakistani origin and comprise of Inayat (Shraddha Kapoor), Zayn (Salman Yusuff Khan) among others. Their dance is quite superior and both groups often get into tussles. Sahej realizes that Street Dancer group has to get their dance moves right. He takes the help of Nora (Nora Fatehi), a dancer in a British dance group called The Royals and also his girlfriend. She improves the dance of the group. Street Dancers and Rule Breakers often assemble at a restaurant run by Prabhu Anna (Prabhudheva) to watch the India vs Pakistan cricket match. One such time, they get into a fight and attack each other with food. They stop only when a cop (Murli Sharma) intervenes. While leaving from there, Inayat notices suspicious looking men entering from the back door of the restaurant. During her next visit, she again witnesses it and this time, she enters the same entrance and confronts Prabhu. At this, Prabhu reveals that these men are illegal immigrants from the Indian subcontinent and that he gives them leftover food. Not just that, he packs all the leftover dishes and distributes them to a colony housing illegal immigrants. Inayat is moved with this gesture. Meanwhile, the Ground Zero competition is announced again and the prize money is staggering. Inayat informs the Rule Breakers about the plight of the immigrants. They all decide that if they win Ground Zero, they’ll use the prize money to help these people return back to their country. Street Dancers too decide to participate in Ground Zero. Prabhu Anna advises both the groups to unite as that’ll help them win. What happens next forms the rest of the film.

Remo Dsouza’s story is not novel. A few developments are fine but predictable. However, Tushar Hiranandani’s screenplay (additional screenplay by Jagdeep Sidhu) is quite entertaining and very simple. It’s easy to comprehend what’s going on despite so many characters and so much of dance happening. A few dramatic sequences especially are well scripted. Farhad Samji’s dialogues (addtional dialogues by Jagdeep Sidhu) work well but one expects a lot from this talented writer especially some witty one-liners.

Remo Dsouza’s direction works for most parts. The dance sequences, obviously, are handled well. He excels especially in the confrontational sequences be it Mac (Francis Roughly) assaulting Poddy, Poddy-Sahej’s fallout, Sahej’s emotional moment with his brother Inder in the second half and Sahej’s speech in front of Inayat’s family. On the flipside, the film is a bit too long at 143 minutes. The first half, particularly, could have been shorter. Also, one wishes if some of the developments were backed by logic. It is bewildering why Amrinder (Aparshakti Khurana) and his friends blame Sahej for their bad experience in London. It was Amrinder and his pals who were behind Sahej in Punjab and they literally forced him to take them to London. So Sahej should not have felt responsible and guilty for their miserable condition. A similar illogical development can be seen in the climax. Thankfully, the film has many other plusses that compensate for these minuses.

STREET DANCER 3D begins on a visually stunning note. The introduction piece is well shot and thought of and instantly sets the mood. The introduction of Inayat is quite fun while Nora’s entry will surely soar the temperatures in this cold weather. Nothing much then happens till a point. It’s only when Sahej narrates his Punjab experience to Poddy (Raghav Juyal) that the interest lifts again. The intermission comes at a fine juncture. Post-interval, the film drops again but a nice plot point is added here when Sahej breaks off from Street Dancers. This track works well. The immigration bit is touching but logically flawed and that affects some impact. But the film has lot more to impress. The semi-final sequence is sure to be greeted with claps and whistles. The climax has enough drama and entertainment to keep viewers hooked. The film ends on a touching note with a montage of the SWAT (Sikh Welfare & Awareness Team) and their noble work in London.

Talking of performances, Varun Dhawan as always is quite entertaining and has a terrific screen presence. And he looks dashing. Shockingly, in comparison to Shraddha Kapoor and Nora Fatehi, he pales when it comes to dance. Shraddha Kapoor looks like a million bucks and is a treat to watch. Her screen time is a bit limited however in the second half. Also, one wished to see some sort of romance between the two as that would have made their fans happy. Nora Fatehi has a very small role but it’s very crucial and it’s bigger than her part in BATLA HOUSE. She is smoking hot and her entry scene is the best out of all actors! Aparshakti Khurana is great and makes sure that he doesn’t go overboard. Prabhudheva is effortless. His dance part appears late but once it does, it takes the film to a high! Punit J Pathak is memorable. The rest of the actors playing the dancers like Salman Yusuff Khan, Raghav Juyal, Dharmesh Yelonde (D), Sushant Pujari (Shushi), Caroline Wilde (Alisha) etc do well. The rest of them are also quite good and dance well but don’t get registered much. Francis Roughly is fine in a sort of villainous role. Zarina Wahab (Amarinder’s mother), Murli Sharma and Manoj Pahwa (Chabda) are passable. Others are good.

There are almost 10-11 songs in the film and most of them thankfully are well choreographed and make an impact. ‘Muqabla’ is the best of the lot and single-screen cinemas especially will go in a frenzy! ‘Mile Sur Mera Tumhara’ comes next best followed by ‘Bezubaan Kab Se’, ‘Pind’ and ‘Garmi’. ‘Gann Deva’ seemed forced while ‘Suno Gaur Se Duniya Walo’ is missing in the film. ‘Dua Karo’ is moving and is well shot. ‘Illegal Weapon 2.0’, ‘Lagdi Lahore Di’ and ‘Nachi Nachi’ are okay.  Sachin-Jigar’s background score is a bit loud but is in sync with the film’s mood.

Kruti Mahesh, Rahul Shetty and Tashan Muir’s choreography is one of the highpoints. Each and every dance piece is novel and visual treat. Vijay Kumar Arora’s cinematography (Punjab schedule shot by Tushar Kanti Ray) is sans complaints and the dance scenes especially are beautifully captured. Tanvi Leena Patil’s production design is appealing. Costumes are quite sexy especially the ones worn by Varun (Aki Narula), Shraddha (Tanya Ghavri) and Nora Fatehi (Jerry Dsouza). Post House Studios’ VFX has played a major role here. The slow motion and light effects especially enhance the impact. Even the 3D is a treat to the eyes. Manan Ajay Sagar’s editing is good for most parts but could have been more tighter.

On the whole, STREET DANCER 3D is a terrific combination of rich visuals, amazing choreography and strong emotions. At the box office, it will appeal to its target audience – the youth and is most likely to enter the 100 crore club.

THE UNSUNG WARRIOR is an entertaining paisa-vasool film that would be loved by the masses as well as classes. 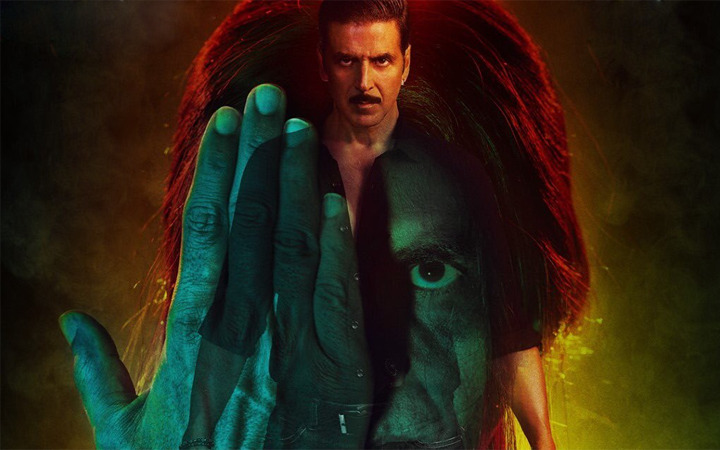 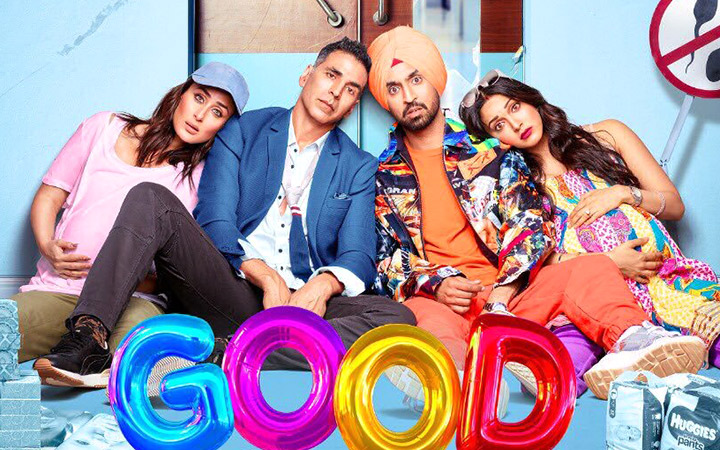 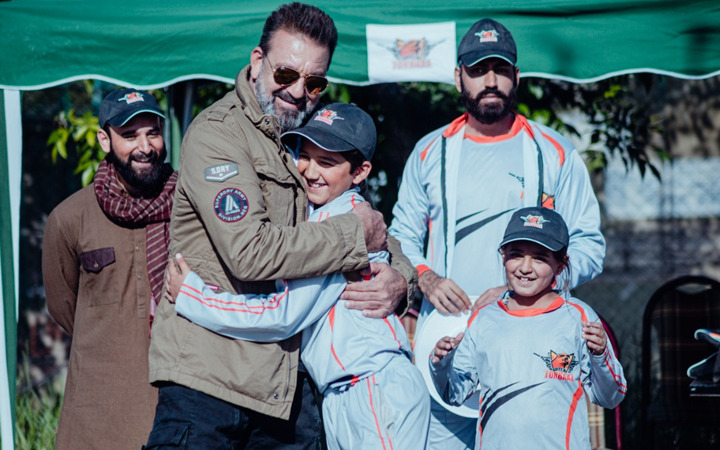