Edmund Spenser, the greatest non-dramatic poet of an age which found its most natural literary expression in the drama, was born in London in 1552 and educated at the Merchant’s Taylor’s School and at Cambridge, where he read the classics and Italian literature and came under the influence of the strong Protestant spirit which then pervaded the University. After a couple of years spent with relatives in Lancashire, he found a place in the household of the Earl of Leicester, with whose nephew, Sir Philip Sidney, he formed an intimate friendship.

In 1580 he went to Ireland as secretary to the new Lord Deputy, Lord Grey De Wilton. The remainder of his life, save for brief visits to London, was passed in Ireland, in miserable exile among the lawless people whom he loathed. Again and again, disappointed in every effort to secure a position at the court, and, with this, the means of returning to England, he found his only relief in the writing of his Faery Queene.

In October 1598, rebellion broke out in Tyrone, where he was then living; his castle was fired and plundered by an infuriated mob; he and his family barely escaped with their lives. In failing health, and crushed in spirits, he reached London at the end of the year, and on 16th January 1599, died in an inn at Westminster. While Spenser’s fame rests mainly on The Faery Queene, his minor poetry, which is voluminous, would itself have sufficed to assure him the place of pre-eminence among contemporary English poets.

His Shepherdes Calendar (1579) is a pastoral poem of the artificial kind, which the taste for everything classic which came in with the revival of learning had made popular in all European literatures, and in it Spenser follows the models set by the late Greek poet Theocritus, by Vergil in his Bucolica, and by French and Italian writers of the Renaissance who had imitated these.

It is divided into twelve parts, one for each month of the year, and in it under the guise of conventional pastoral imagery — that is, of shepherds talking and singing — the poet writes of his unfortunate love for a certain mysterious Rosalind, deals with sundry moral questions, and discuss the religious issues of the day from the standpoint of strong Protestantism. Such conventional pastoral imagery was again used in Astrophel (1586), an elegy on the death of Sidney, to whom the Calender had been dedicated.

His Four Hymnes in honor of love and beauty show his wonderful power of melodious verse. His Amoretti, a series of 88 sonnets (such sonnet sequences in Petrarch’s manner had gained great vogue in England under the influence of the widespread enthusiasm for Italian literature) describes the progress of his love for Elizabeth Boyle, whom he married in 1594. That event inspired his Epithalamium, the finest of all his minor poems and ‘by common consent, the noblest wedding hymn in the language’.

Like the Canterbury Tales, The Faery Queen is a fragment of the twelve books which Spenser projected, six only were published during his lifetime, and portions of the seventh after his death. Even as it stands, however, it is one of the longest as well as one of the greatest of English poems. According to his own statement, his plan was that, while each of the twelve books should be independent and self- contained, they should nonetheless be connected as parts of a general comprehensive whole. His underlying scheme is explained at length in his prefatory letter to his friend, Sir Walter Raleigh.

The Fairy Queen (Faery Queene) keeping her annual feast for twelve successive days, on each of these days a certain knight at her command undertook a particular adventure, each such adventure furnishing the subject of one book, Meanwhile, Prince Anhur, whom he chose as his central figure, because he was the hero of the greatest British legend-cycle of chivalry, having dreamed of the Fairy Queen, went forth in quest of her, falling in with the various knights who were engaged on their adventures, by the way. This appearance of Arthur at a critical juncture in each of the stories was specially devised as a link between one part and another of the gigantic design.

Extremely considered, The Faery Queene, like its principal models the Italian romantic epics, is compounded of the traditional materials of chivalry; giants, dragons, dwarfs, wizards, knights of superhuman prowess and courage, and distressed damsels of marvelous beauty, provide its chief characters; enchantments, tournaments, love passages and endless fightings, are the staple of its plot.

But Spenser’s genius was fed by the Reformation as well as by the love of medieval romance and the culture of the Renaissance, and unlike his brilliant Italian master, Ariosto, who wrote only to amuse, his own great work is inspired by a high moral and religious aim.

In other words, The Faery Queene is not simply a romance; it is didactic romance, the poet throughout using his stories as vehicles of the lessons he wished to convey. He carries out his purpose by turning romance into allegory. His twelve knights-errant are types of the twelve cardinal virtues of Aristotle’s philosophy, and the adventures of each knight are arranged to body forth symbolically the experiences, conflicts, and temptations of each such virtue in the turmoil of the world, and its ultimate triumph, with the aid of Arthur, the incarnation of Divine Power, overall its foes.

Thus the first book contains ‘the Legend of the Knight of the Red Cross, or of Holiness’; the second, that ‘of Sir Guyon, or of Temperance’; the third, that ‘of Britomartis, or of Chastity’; the fourth, that ‘of Cambell and Triamond, or of Friendship’; the fifth, that ‘of Artegall or of Justice; the sixth that ‘of Sir Calidore, or of Courtesy’.

Involved with this ethical allegory, another kind of allegory enters into Spenser’s plan which, as it is directly concerned with the political and religious problems of the age, we may call the historical; for the figures of his narrative are not merely personifications of moral and mental qualities, but often stand at the same time for individuals or institutions representing or embodying the qualities in question.

Thus in the first book, we have the story of the Red Cross Knight, who goes out to rescue the parents of Lady Una from the power of a great dragon who for years has kept them confined in a brazen castle.

But Spenser identifies True Religion with English Protestantism, and the foes of True Religion with the foes of England — the Papacy, and Rome’s political allies, especially Spain and Mary of Scots; and so the two lines of allegory run together, and the poem becomes at once the medium of the poet’s teaching and his reading of contemporary movements and events.

As many of the immediate issues of Spenser’s day are living issues no longer, much of his poem, if taken from this point of view, can have at best a historic value only. His allegory is sometimes confused, inconsistent, and obscure.

Many readers will feel too that the constant intrusion of the symbolism sadly taxes the attention and detracts from the human interest of the poem. Yet as Spenser wrote this poem expressly for the purpose of embodying his ideas on many of the great questions of life, the allegory must never be altogether ignored.

The defects of The Faery Queene are very obvious. It suffers from its extreme artificiality. The old machinery of romance seems almost to collapse in places under the stress of the new spiritual meanings with which it is loaded.

Spenser is, on the whole, a rather languid storyteller; he has little dramatic power, and rarely rises to the full height of his opportunities. But, on the other hand, his merits are very many and very striking.

He has a wonderful sense of beauty. He has splendid pictorial power. His work is filled with a noble moral spirit, while the quality of pure essential poetry — that quality which defies analysis but can never be missed by any sympathetic reader is to be felt on almost every page.

It is this which enables us to understand why Spenser has been called ‘the poet’s poet’ and why, as we shall learn later, he exercised such a stimulating influence on the literature of the eighteenth-century romantic revival. It should be noted that he was not only the greatest non- dramatic poet of his epoch; he was also the most completely representative.

All the co-operating forces which made Elizabethan England what it was entered into the texture of his poem, which more than any other single work of the time represents them a combination of the spirit of the Renaissance with the spirit of the Reformation. It is steeped in the humanism of the classics and Italian literature, and it everywhere testifies to the strenuous idealism and moral earnestness of Protestantism.

Two matters of detail must be touched on before we leave this epoch-making work. First, it must not be supposed that the language in which it is written was the actual English of Spenser’s day. An ardent lover of Chaucer, he employed a dialect of his own which he purposely made archaic.

Secondly, as his language was his own invention, so also was the stanza which he used, and which is now always known by his name. This is a nine-line stanza, riming ababbcbcc, the last line being what is called an Alexandrine, or line of six iambic feet instead of five. The genesis of this stanza is uncertain, but it is probable that Spenser evolved it by simply adding the Alexandrine to Chaucer’s eight-line stave (ababbcbc) of The Monk’s Tale.

READ ALSO: DEVELOPMENT OF TIIE SONNET FROM THOMAS WYA’IT AND SURREY TO SHAKESPEARE 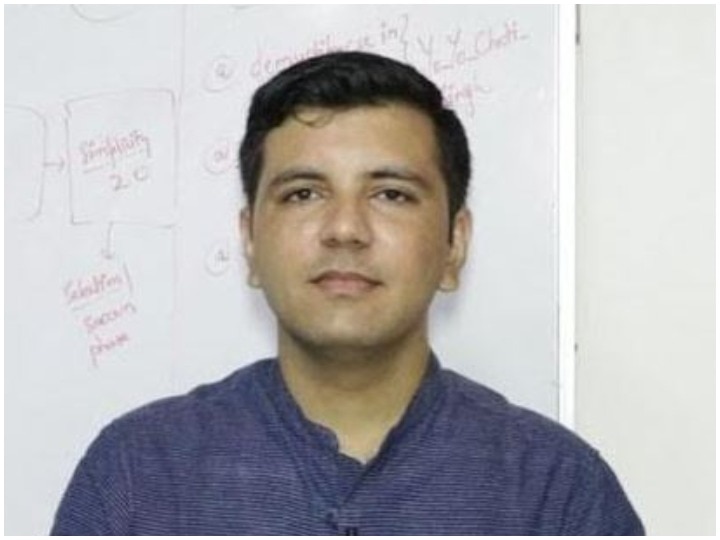 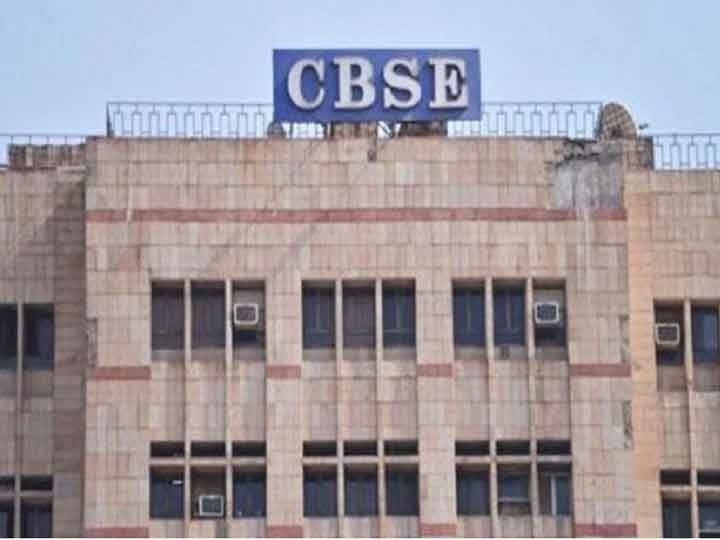 Essays on Science and Digital Media