In many ways, the conservative outrage in the United States about “Cuties” and the sexually explicit Cardi B and Megan Thee Stallion song “WAP” is a reminder that in a country where Black women and girls were once treated as property, there are few things as threatening as their ability to make choices about their own bodies.

Critics of “Cuties” are zeroing in on images from the trailer and the poster, which show a group of 11-year-olds in blue costumes, shorts, dancing suggestively. Doucouré was not consulted in the marketing of the film, which Netflix later apologized for. The furor led QAnon conspiracy theorists and armchair activists to demand that Netflix be boycotted for supporting pedophilia and child pornography.

The recovery of the 200 books, which include first editions of significant works by Galileo and Sir Isaac Newton, is the culmination of a three-year police operation that involved raids on 45 addresses across three countries and led to charges against 13 people.

… The group was caught after Romanian police stopped Mamaliga’s van and found about 30 laptops inside without evidence of their purchase.

So, what can creatures of capitalism do to support movements for racial, economic, and social justice? They could start by pledging not to repeat the mistakes of the past — specifically private philanthropy’s practice of using its influence to shape the agendas of vulnerable civil-rights organizations. History is rife with examples of what one of us, Megan Ming Francis, dubbed “movement capture.”

This pattern played out, for instance, in the historic California Farmworkers Movement of the 1960s, which sought to replace a racially stratified and abusive agricultural industry with mutual-aid institutions and cooperative agriculture. Relying on monthly dues from fieldworkers, movement founders initially took a firm stance against outside funding. That changed when leader Cesar Chavez grew concerned that philanthropic giving to moderate farmworker groups could be used to water down the movement’s agenda.

In response, Chavez began to court foundations. The resulting funding agreements, most notably with Ford and the Field Foundation, ultimately led to a retreat away from farmworker organizing to a focus on nonprofit service groups that provided educational programs for farmworker families. Consumed by administrative work and other movement challenges, Chavez accepted a foundation-approved translation of farmworker organizing that explicitly rejected any pressure on the “economic sphere” — in other words, against big agriculture or for collective farmworker ownership.

White supremacy precedes the origins of the United States. Every aspect of social interaction, particularly in the 18th and 19th centuries, was dominated by white identity, and white supremacy became an expression of American identity.

Americans tend to see racism as a result of Southern slavery, and this thinking has all kinds of problems. First of all, slavery was in the North as well as in the South, and the people who formed the idea of American identity were not Southern slave owners, they were Northerners. The father of white supremacy was not a Southerner; it was John H. Van Evrie, a Canadian who ended up settling in New York City. Van Evrie argued that if no slaves existed, the class-based structure of Europe would have been transferred, kept, and developed in the American colonies. But with the African presence, Van Evrie said, the descendants of white Europeans saw that the difference among white people was virtually insignificant compared to what they perceived as differences between themselves and African Americans. This allowed democracy, which was an unpopular idea in the 17th and 18th century, to flourish and develop.

We always forget that democracy was not an idealized form of government back then. In fact, it was considered an evil. Van Evrie’s argument was that Americans had to reimagine a new kind of government and social order and they could do so because of the African presence. This can also explain why white supremacy has persisted for so long, because it is an identity of oneself in contrast to others, a sort of a self-fulfilling, reinforcing thought about one’s self-perceived superiority.

According to new data from the Rhodium Group analyzed by ProPublica and The New York Times Magazine, warming temperatures and changing rainfall will drive agriculture and temperate climates northward, while sea level rise will consume coastlines and dangerous levels of humidity will swamp the Mississippi River valley.

Taken with other recent research showing that the most habitable climate in North America will shift northward and the incidence of large fires will increase across the country, this suggests that the climate crisis will profoundly interrupt the way we live and farm in the United States.

Misogyny is intertwined with colonialism—perhaps even essential to it. Such is one of the lessons suggested by Durba Mitra’s work, which recognizes “Bengal [as] a key site for the development of colonial policies.” Though Sukhimonee Raur’s 1869 appeal was successful, hundreds, even thousands, of women are unlikely to have appealed their classifications as prostitutes and simply submitted to their exams twice a month, assuming that the British not only ruled the country but also, quite literally, their bodies. In presenting their bodies for examination, they became the evidentiary fodder for all sorts of theorizing regarding the nature of the Indian woman and of Indians in general, bolstering claims of the moral and biological hierarchical superiority of the white race.

One expat. (From England, Chinese parents.) She reads stories written by others like herself, who are inching their way back to the land their parents left so many years ago.

Where is home? One asks. What is diaspora identity? Are we part of the problem? She Googles: Colonization. Decolonization. Orientalism. Code-switching. English.

By April, the state’s hospitality and leisure industry had laid off two-thirds of its workforce, keeping only 343,000 people on the payroll after employing 965,000 people a year ago, U.S. Bureau of Labor statistics showed.

Restaurants and hotel employment has slowly rebounded over the summer as coronavirus cases across New York dwindled and the city allowed outdoor dining. By July, roughly 539,000 people were working in the hospitality industry but the figure was still 44 percent below the previous July’s labor force of 960,000, records showed. Nearly 20 percent of city workers remain unemployed.

Music venues have suffered more than restaurants. New York contains roughly 2,400 such spots that employ 19,900 workers and contribute $1.2 billion in economic output, according to a 2019 city report, but officials have not tracked how many venues have closed since March.

A political candidate who identifies as a ‘transsexual Satanist anarchist’ and whose campaign slogan is ‘F*ck the Police’ has just won the GOP nomination in the Cheshire County, New Hampshire sheriff’s race.

Aria DiMezzo says it’s “totally oblivious” Republican voters “wouldn’t have voted” for her if they had actually researched her. But they didn’t. So now they’re stuck with her as their candidate this November. Whomp, whomp. 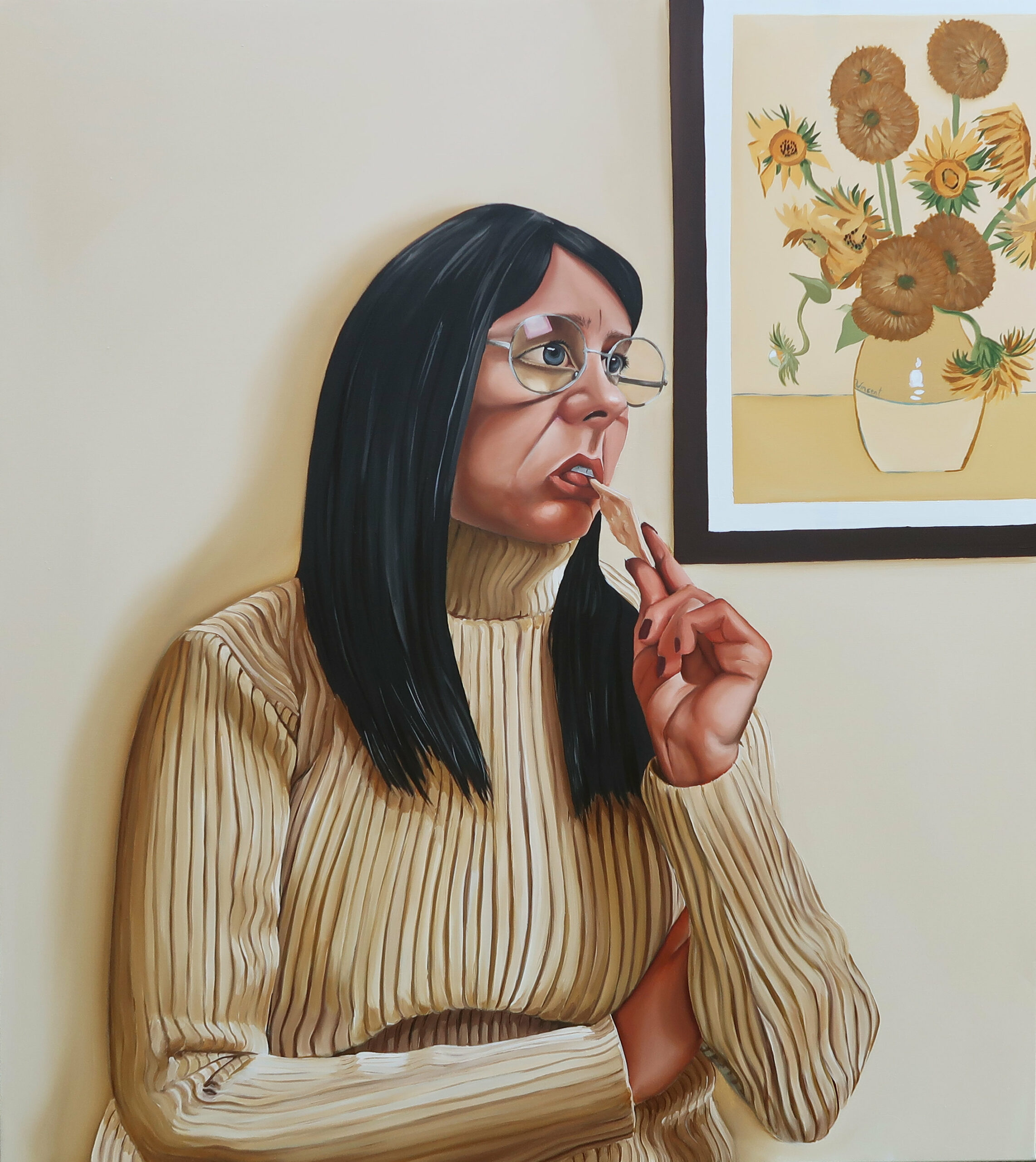 The Paintings of Madeleine Pfull