In 2018, the three design historians—Bengaluru-based designer and independent researcher Nia Thandapani, London-based Petra Seitz, who is working on a PhD at The Bartlett School of Architecture on the intersection between politics and design, and Gregor Wittrick, assistant collections manager at The British Museum—who met while doing a history of design master’s course at London’s Victoria and Albert Museum (V&A)/Royal College of Art, started deconstructing the dominant narrative around Chandigarh Chairs—that after the deaths of Le Corbusier and Jeanneret, the furniture was left to rot in godowns and warehouses till it was “rescued” by certain European art dealers who elevated them to their rightful status as luxury objects.

To be sure, this kind of narrative-building is not unusual; the design historians acknowledge that there are enough examples from Western design where common, everyday and originally affordable objects, like the furniture designed by self-taught French architect Jean Prouvé for schools and offices, have turned into highly sought-after collectibles. But they believe that in the case of Chandigarh’s modernist furniture, this process was accelerated by the continuing impact of colonialism, and is in fact a form of exploitative capitalism.

1980 When Tom Jancar and Richard Kuhlenschmidt opened a gallery in the basement of their apartment building in 1980, the LA art scene was particularly sleepy, with most galleries huddled together on a stretch of La Cienega Boulevard. The Los Altos Apartments, a mission-revival complex in the Mid-Wilshire district, was a relic of Hollywood’s golden age, its elaborate stucco detailing and palm court in a state of prolonged desuetude. Inspired by the pathbreaking Claire Copley Gallery, which in the 1970s had introduced Angelenos to European conceptualism, Jancar Kuhlenschmidt hosted the first West Coast exhibitions of LA artists such as Christopher Williams and William Leavitt, and of New York-based members of the pictures generation, including Louise Lawler, Matt Mullican and Richard Prince, before closing in 1982.

What wasn’t publicly known until now is that Facebook actually ran experiments to see how the changes would affect publishers—and when it found that some of them would have a dramatic impact on the reach of right-wing “junk sites,” as a former employee with knowledge of the conversations puts it, the engineers were sent back to lessen those impacts. As the Wall Street Journal reported on Friday, they came back in January 2018 with a second iteration that dialed up the harm to progressive-leaning news organizations instead.

In fact, we have now learned that executives were even shown a slide presentation that highlighted the impact of the second iteration on about a dozen specific publishers—and Mother Jones was singled out as one that would suffer, while the conservative site the Daily Wire was identified as one that would benefit. These changes were pushed by Republican operatives working in Facebook’s Washington office under Vice President of Global Public Policy Joel Kaplan (who later made headlines for demonstratively supporting his friend Brett Kavanaugh during confirmation hearings).

Asked for comment, Facebook spokesperson Andy Stone would only say, “We did not make changes with the intent of impacting individual publishers. We only made updates after they were reviewed by many different teams across many disciplines to ensure the rationale was clear and consistent and could be explained to all publishers.”

Why do I bring this up? Because in the fun house mirror that displays Magical Negroes, there is always a hapless Mister Charlie or a helpless Miss Ann standing next to them. Magical Negroes cannot exist without a clueless white person — sometimes an entire family of them! — who requires their aid, which of course is offered for free, or close to it. (Art that’s got a Magical Negro and no white people in it is minstrelsy.) While trying to come up with names for these types of white characters, I figured they needed to be as retrograde as “Negro,” hence “Mister Charlie” and “Miss Ann,” as opposed to the more contemporary “Chad” and “Karen.”

All the films cataloged in this project re-create the same dynamic, one that has roots in Lost Cause ideology. Over and over, in the white imagination, Black people exist only to serve or help or comfort white people or teach them lessons about life. The white people in these stories are usually incurious, whiny or co-dependent, and utterly lacking in self-awareness. But perhaps these hapless Mister Charlies and helpless Miss Anns can finally learn to assist themselves without the aid of a Negro whose only purpose is to usher them along in their personal growth or otherwise save them from themselves. In Barb and Star Go To Vista Del Mar, the new comedy starring Kristen Wiig and Annie Mumolo, there is a talking crab named Morgan Freemond, an obvious reference to the actor Morgan Freeman, one of the most notorious inhabitors of Magical Negro characters in the history of American film.

The 2011 letter by the now-dead officer, Raymond A. Wood, stated that Wood had been compelled by his supervisors at the New York Police Department to coax two members of Malcolm X’s security team into committing crimes, leading to their arrests just a few days before the assassination. They were then unable to secure the entry to New York’s Audubon Ballroom, where Malcolm X had been speaking when he was killed.

Wood maintained that the arrests were part of a conspiracy by the NYPD and the FBI to murder Malcolm X, who had become disenchanted with the Nation of Islam and left the Black separatist group to start his own organization, the Muslim Mosque.

I’m sorry to be rude or flippant, but the next time someone tells me that my demonstrably different brain chemistry can be solved by a quick shift in socioeconomic policy, I’m going to unhinge my jaw like a fucking rancor and swallow them whole. Please forgive the emotional hyperbole (another hallmark of ADHD) but the repackaging of eugenic rhetoric as liberatory theory truly sets my teeth on edge. There is no utopian vision of a communist society where developmental and learning disabilities simply cease to exist. Any suggestion that a post-capitalist revolution will eradicate the otherness is bordering on genocidal fan fiction. The rhetoric is dangerous, violent, and ableist. It should be torn to shreds immediately and without hesitation.

In early January, [Ozoz] Sokoh finally launched Feast Afrique, but as an online archive instead of a print journal. The website contains almost 250 links to online books, covering West African, African-American, and African diasporic culinary history. With texts dating back to 1828, many of these books contain some of the earliest documented histories of West African cooking. For example, Practical West African Cookery,published in 1910, has the first documented recipe for jollof rice (and is the first book in Feast Afrique’s monthly reading challenge). Other books, like Austin Clarke’s Pig Tails ‘n Breadfruit, a culinary memoir of traditional Bajan foods from his childhood, provides readers with a culinary map of slavery’s effect on the foods of the Caribbean.

However, the collection is ultimately a celebration of the influence and history of West African cuisines on the world. “My artistic practice has a lot to do with cooking, but also documenting. What you don’t know, you can’t reference and what you can’t reference, you can’t use to shape future plans,” Sokoh says. “It’s important to show people that we do have a food history that stretches back centuries, and documentation that stretches back as well.” 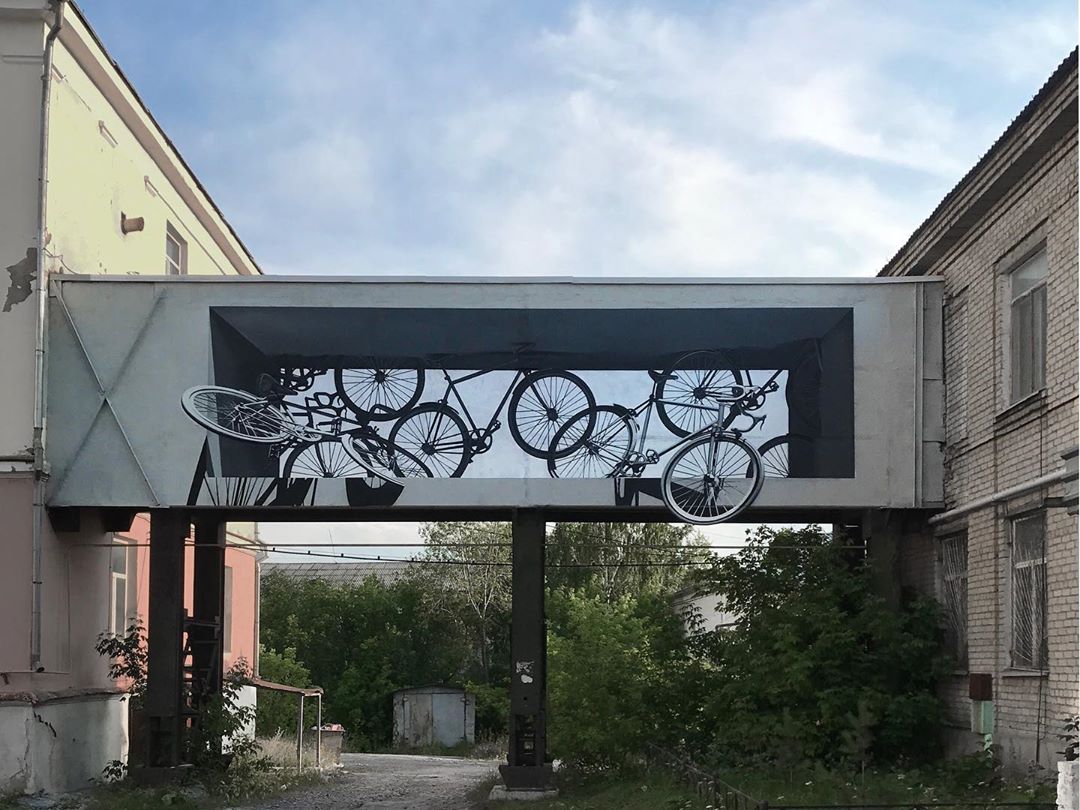 The Riveting Murals of Shozy