REFORMATION AND ITS IMPACT ON LITERATURE

The Reformation began in the later part of Henry VIII’s reign. It continued through the reigns of Edward IV and Mary, till the accession of Queen Elizabeth.

No wonder it was a great social economic and religious revolution. It was an upheaval that shook the very foundations of English society, ended the domination of the church, destroyed the monasteries and transformed England into a nation of free thinkers.

However, one of its immediate effects was to check and retard the growth of early English Humanism. “Renaissance in England was opposed and crossed by the religious reformation,” and was thereby arrested and made different and more puritanical in character.

King’s Quarrel with the Pope

A number of causes taken together can alone account for this great upheaval. First, there was the quarrel of Henry VIII with the Pope, arising out of his desire to have a male heir and his love for Anne Boleyn, a maid of honor of the Queen.

The King wanted to divorce Queen Catherine of Arragon as she had no mate child and as she also stood in the way of his love. But Catherine was a close relative of the powerful Emperor Charles V of Spain, and under pressure from him, the Pope refused to grant Henry the divorce he was so eagerly and urgently seeking for and ordered him to attend a trial at Rome.

Indignantly the King refused, stripped Wolsey, his trusted minister, of his honor as he had failed to secure for him the divorce, banished Catherine from the court, and married Anne Boleyn in 1533 in defiance of the Pope. There was thus an open break with the Pope.

Martin Luther and His Teachings

The king was encouraged .to take such drastic steps by religious revolution currently taking place in the Continent and certain social and economic factors at work in England. The teaching of Martin Luther resulted in a religious revolt (1517) which spread like wildfire through Germany and which in course of time transformed the Reformation from merely an attack on the abuses of the church into an attack on the Church itself. The Reformation no longer remained a purifying and modifying influence; it became increasingly Protestant in character.

Corruption in the Church and monasteries:

Another factor that encouraged the king was the strong wave of anticlerical sentiment that ran through his own country at that time. The church and the monasteries had immense power and wealth and they were misusing that wealth and power. While the corruption within the church was giving rise to widespread indignation its wealth was exciting the greed and envy of the newly rich merchant class who wanted to settle down in the country.

The king too, as a result of reckless spending, was bankrupt and stood in dire need of money. Moreover, the ascetic ideal of the Middle Ages had now given way to the ideal of an energetic man of action, bent on the acquisition of wealth and the enjoyment of life. All these socio-economic factors combined to strengthen the hands of the King who acted promptly and ruthlessly.

The Parliament summoned in 1529, called the Reformation Parliament began the great revolution. A number of Acts were passed, severely curtailing the ancient privileges of the clergy. Cromwell, a ruthless and unscrupulous politician who had been deeply influenced by Machiavelli’s The Prince, was appointed Lord Chancellor in place of Wolsey.

The king was proclaimed by the Act of Supremacy as the Supreme Head of the English Church and thus the authority and supremacy of the Pope was repudiated. There began a reign of the tenor as Cromwell proceeded to make this title a reality. Between 1536-1542 the immense possessions, lands, buildings, gold, silver, etc. of the monasteries were seized and placed at the disposal of the King.

As the King was in pressing need of money, he could not retain the rich possessions of the church, and monasteries and the nunneries. Only a part of it went to the endowment of schools and colleges. The rest was sold off at fabulously low prices and the result was a great socio-economic revolution.

The church property was purchased by the newly rich merchant class which had long been casting greedy eyes at it. Many of them built up spacious country houses on lands which formerly belonged to monasteries, many old abbeys were converted into the mansions of the rich. In this way grew up a new aristocracy of shrewd country squires who made their fortunes out of the sale of church property.

This new class dominated the English social and cultural life for centuries to come. According to law, the property was inherited only by the eldest son their estate continued intact for ages. The younger sons of these families were usually apprenticed with the merchants in the city, and in the course of time many of them, themselves, became prosperous merchants. This blood relationship between the rich country families and successful traders in the cities continued unbroken until quite recent times.

There were other aspects also of this Reformation. Many of the early English humanists (classical scholars), like Moore and poets like Wyatt and Surrey, were reformists and men of enlightened views. But they stood only for the reform of the many cases of abuse that had crept into the church, they never wanted the separation of the English church from Continental influences or the plunder of church wealth by aggressive capitalism.

They were opposed to the ruthless methods of Cromwell. When they refused to recognize Henry as the Supreme Head of the Church or to take the oath, recognizing the legality of Anne Boleyn’s marriage, they were beheaded. Their death sent a thrill of horror through Europe: it arrested the growth of classical leaming in England. As Pinto puts it, “with them died the hope of the early Renaissance in England.”

Henry’s Reformation simply divested the church and monasteries of their property and repudiated the authority of the Pope. It did not touch the creed and the dogma of the church. It was not in the least Protestant in character. It was simply an expression of opposition towards the clergy.

William Tyndale was the most important member of the group of scholars known as “the Cambridge Reformers”. He was inspired by the example of Luther to begin his translation of the Bible in 1522. He used the original Greek and Hebrew Bibles. The translation was completed by his friend, Miles Coverdale. Tyndale’s version forms the basis of the famous Authorised Version of the Bible, 1611. Tyndale’s Bible is not merely a religious work but also a work of great literary significance.

l) It is not merely a translation but also a work of Protestant propaganda. The notes which Tyndale has added are strongly critical of Roman Catholic creed.

(2) Tyndale “fixed once for all the style and tone of the English Bible.

(3) Its style and tone is popular. As Tyndale himself tells us in the Preface, “His ambition was that even a peasant should read his Bible.” So his prose is remarkable for its simplicity, clarity, lucidity, and directness. And the translator’s religious fervor and reverence give the translation a rare dignity.

(4) It is not the ornate prose of the Renaissance, but clear forceful, straightforward prose.

We find echoes of Tyndale’s prose in the works of countless masters of English prose. Its phrases are unforgettable and its words of great beauty and power. As it formed the basis of The Authorised Version of the Bible 1613, it has been read and re-read by the English over countless generations and so has passed into the very texture of English speech.

The English Prayer Book is equal in significance and influence, largely the work of Thomas Cranmer. It was adopted as the official prayer book in 1549. It combines simplicity with wonderful stateliness dignity and felicity of phrasing. It is sonorous prose, having the sonority of Latin.

Words with unpleasant and jarring sounds have been carefully avoided and the most sonorous and musical words have been skilfully selected. As the sonorous phrases of the Prayer Book have been repeated ever since, every Sunday, in every Church, their influence on the molding of English prose can hardly be exaggerated.

Thomas Moore is considered a great humanist Moreover, is the most noted of the early English humanists. He is known today chiefly for his Utopia or The Kingdom of Nowhere, a work which was originally written in Latin (1515) but was translated into English in 1551 by Ralph Robinson. It is an epoch-making work which has been variously praised as “the first monument of modem socialism”, “the masterpiece of English humanism”, and “The true prologue to the Renaissance”.

The Renaissance was the result of two impulses. (1) the voyages of discovery, and (2) the revival of classical learning and these very impulses are also the basis of Moore’s Masterpiece.

However, it owes its inspiration basically to Plato’s Republic, Greek philosopher’s dream of an ideal state. The bookmarks a turning point in English thought.

The work embodies Moores’s conception of an ideal state but it is also a vigorous satire on the abuses, corruption, and errors of the age. In Moore’s Utopia, to quote Long, ‘ ewe find for the first time as the foundations Of civilized society, the three great words, Liberty, Equality, and Fraternity.”

Moore wrote in Latin, he never sought to mold English prose. His style is formless and his sentences interminably long. In English literary history, he has an important place only because of the originality of his ideas and the logical way in which they have been expounded.

He is considered as one of the earliest masters of original English prose. His ‘Toxophilus’ or ‘School of Shootings (1545) was in the author’s own words, written .in the English tongue for English men; his much more famous educational treatise, ‘The Schoolmaster’ was published by his widow two years after his death.

Both these men were filled with the spirit of the new culture and had drunk deep of Italian poetry, and it was under these influences that, as the early critic Puttenham phrased it, ‘they greatly polished our rude and homely manner of vulgar (that is, vernacular) poesie, from that it has been before’. Together they brought from Italy the love poetry (or ‘amourist’ poetry, as it was called) which Petrarch and his followers had made popular, and with it the form called the Sonnet; while Surrey, in imitation of Italian models, was the first English poet to use (in his translation of two books of the Aeneid) the unrimed, ten-syllabled verse, to which the name blank verse is popularly applied.

Wyatt and Surrey are the chief poets represented in a collection of ‘Songs and Sonnets’ by various authors, which is commonly known from the name of its publisher, as Tottel’s Miscellany. Published in 1557 — the year before Elizabeth came to the throne — this work deserves a special mention in any history of English literature, for it distinctly marks the dawn of the new age. 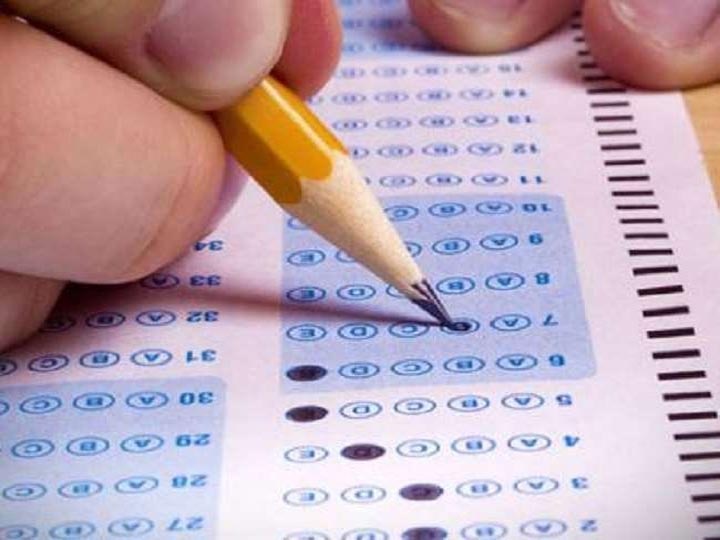 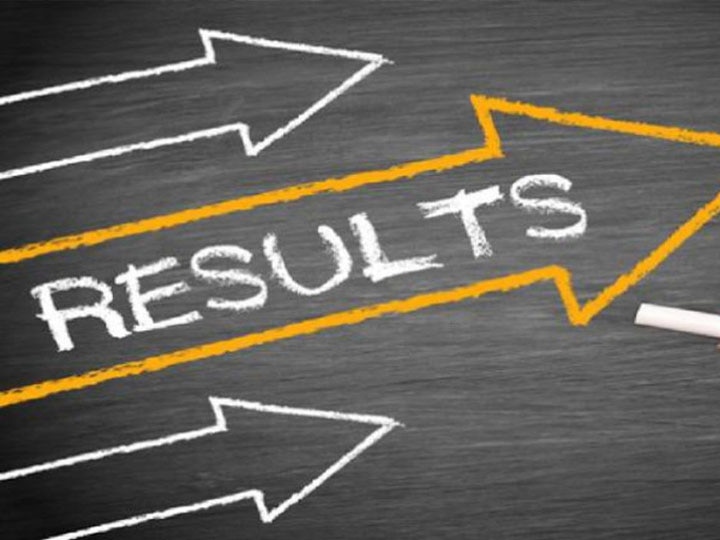 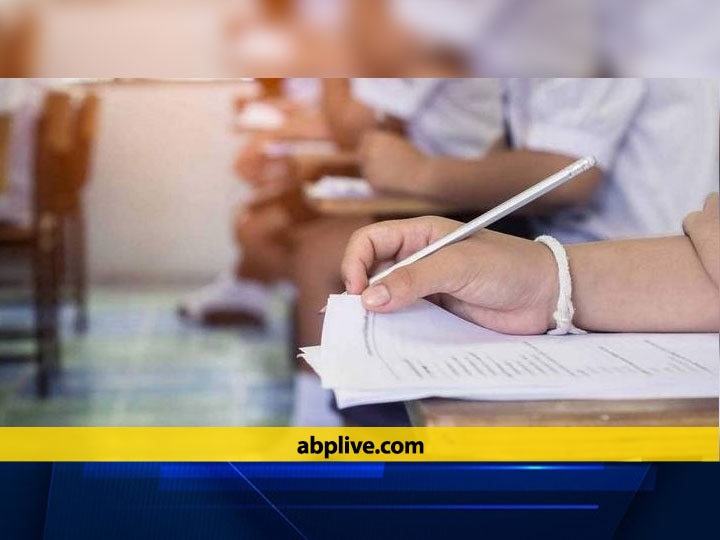