Nudity in the US Film Industry, and How it Has (and Hasn’t) Evolved In Skin: A History of Nudity in the Movies, talking heads walk viewers through how American cinema has depicted naked bodies, leaving limited room for deep reflection. The documentary almost always cuts away right before any interviews get interesting, even when they address recent social changes ushered in by the Me Too movement. Reaching toward catharsis or realization, voices instead drift off, unfinished. The main takeaway is that American film’s conception of nudity is implicitly sexual and unequal, but anyone paying attention to the culture already knew that. The film may be shallow, but it touches on a subject worthy of greater consideration.

Nakedness is one of art’s most enduring subjects, from bathing beauties to crucified gods to rippling legends to reclining models. But there is a distinction between nakedness and nudity. There’s something vaguely embarrassing about nakedness; it is unwanted or self-aware. On the other hand, the nude has an element of intention in its vulnerability. In a painting like Van der Weyden’s The Descent from the Cross, the nakedness of Christ emphasizes the humiliation and grace of his human form. Rather than an object of pleasure, his body is a source of discomfort for the viewer. But throughout its history, art’s use of nudity has mostly been devoted to the viewer’s pleasure — as John Berger noted, primarily the pleasure of looking at women. As he put it: “men act and women appear. Men look at women. Women watch themselves being looked at.”

From its advent, American cinema, dominated by male artists, has continued this voyeurism in its use of nudity. This element of watching and being watched sheds a sexual light on the female form, both intentionally and not. The nude on canvas or screen can have meaning beyond mere physical beauty, but we rarely have the language or the means to discuss those nuances. For much of American film history, from pre-code flirtations with obscenity like The Sign of the Cross and The Scarlet Empress to the sex comedies and sexploitation films of the 1960s and ’70s, nudity has been employed as a shocking and titillating reaction to conservatism. But starting in the 1960s, there was also a distinct shift that embraced nudity as a way to convey naturalism, courtesy of filmmakers like Mike Nichols (The Graduate), Peter Bogdanovich (The Last Picture Show), and Frank Perry (Last Summer). Moving past the novelty of exploitation, since sex and nudity are a natural part of life, why shouldn’t they be on the screen?

There’s a great moment in Skin in which actress Elizabeth Daily explains the feeling of being reduced to your body parts. Talking about being cast in Valley Girl because of a nudity quota imposed by a distributor, she says, “I don’t want to be a pair of boobs because of a distribution deal, I want to be the pair of boobs because it’s needed for the scene.” What kind of naked bodies have you seen in American movies? Undoubtedly, most have been women, most of them cis and white, most of them young, most of them exemplifying the standard ideal of beauty. Bodies outside of these parameters are mainly invisible, and when they do appear, they are often rendered as comedic, unsightly, or unwanted. Naturalism extends only so far as it appeals to a limited idea of desire.

But with the diversification of talent behind the camera over the years, filmmakers have increasingly challenged this paradigm. In Fast Times at Ridgemont High (1982), for instance, director Amy Heckerling portrayed both nudity and sex from a different perspective. In a scene in which Stacy (Jennifer Jason Leigh) has sex with an older man, the nudity is not leering, and the subjectivity renders the moment uncomfortable. Rather than linger on her body, the camera cuts to a hanging light, articulating her discomfort and alienation.

Skin hints at a long history of abuses that have occurred within the use of sex in the film industry. Despite the importance of this issue, it’s relegated to asides in which actresses describe colleagues or directors who pushed them too far, or agents complicit in their exploitation. In recent years, changes have been made, and many actors feel more empowered to stand up for themselves. Additionally, the normalization of intimacy coordinators, who assist in the direction of sex and nude scenes, feels like a step in the right direction.

During the new millennium, the pendulum of the mainstream has swung back toward prudishness, at least in film. If nudity was a selling point from the 1950s into the mid ’90s, it has increasingly become a liability. Especially with the growth of mega-blockbusters and the consolidation of intellectual properties under companies like Disney, sex and nudity are disappearing from the big screen. As Kate Hagen reported in Playboy last year, sex in film is on the decline. At this point, it’s television taking the lead on nudity, through shows like Normal People, Euphoria, and Sex Education. If filmmakers were once making strides toward integrating nudity as a means of conveying story and naturalism, they no longer have the same freedom. Ultimately, this is a loss for artists looking to make films geared toward the realities of the world.

Skin is now streaming on demand. 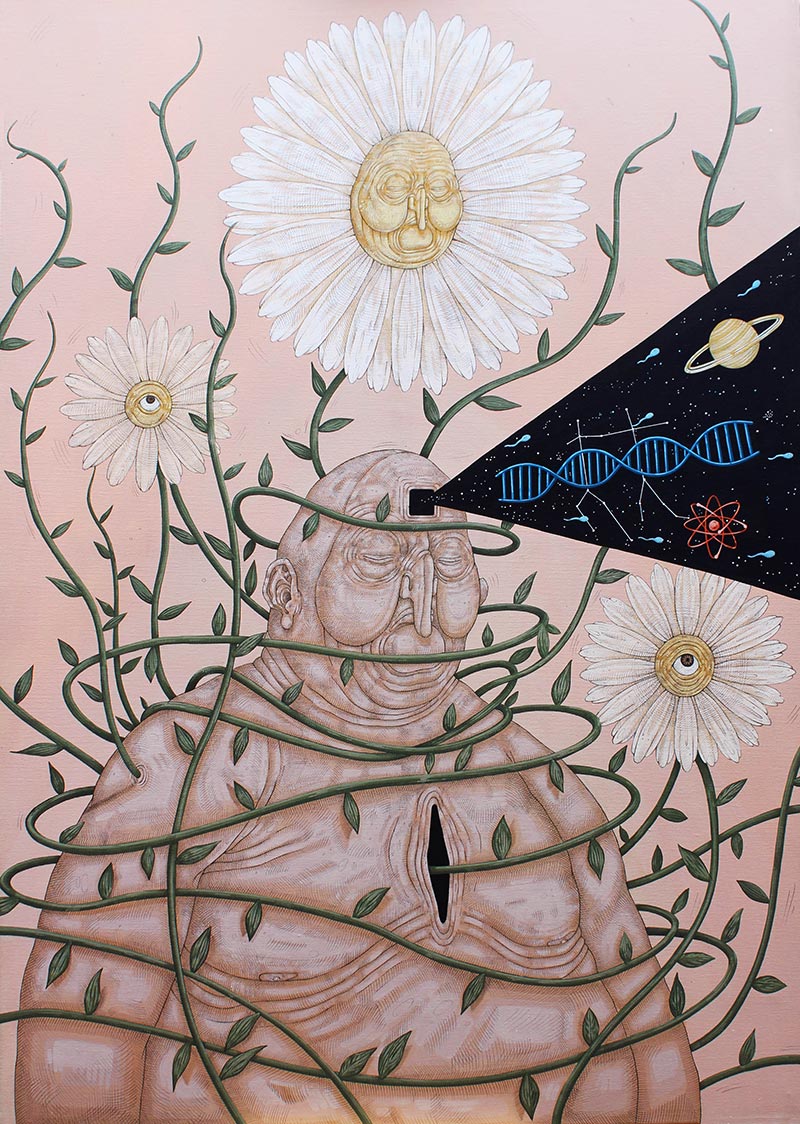 The Murals and Paintings of Luca Ledda