Essays on Rural and Urban Life in India

CHANGING LIFE IN THE INDIAN VILLAGES

India is a country of villages. A large percentage of the population lives in villages. India is undergoing revolutionary changes in the villages in the modern age. Humanity in the villages is waking up. Agrarian reforms and agricultural improvements, science and industrialization and urbanization are combining to transform the static and ritualistic rural society of Indiå into a dynamic society.

The Hindu society has been divided into four castes and the outcasts e.g. Brahmins, Kshatriyas, Vaishyas and Sudras. The people of upper castes treated themselves superior to the people of lower castes and did not eat or drink anything looked or even touched by them. An unjust and deep-rooted distinction prevailed between man and man on the basis of colour, creed, race or community. The existence of such n institution of caste served to weaken the fabric of unity in he villages.

At present, every caste living in a village or other local area is interdependent economically or otherwise on the rest of the community. It is helping the growth of unity. The people living in the villages are ignoring all the barriers of caste. They are inking themselves with one another. Their mutual relationships of master and servant, landlord and tenant, creditor and debtor reuniting them together. The villagers- mental horizon has become broad.

Inter-dining and inter-drinking are spreading fast from the urban areas to the villages. The inter-caste marriage is still very rare and confined mostly to the upper classes. All these breakdowns of age-old restrictions are both revolutionary in themselves and a source of further change.

The steady spread of education exposes the villages even more to the winds of change. The illiterate people are generally Education stereotyped in their words, deeds and thoughts. brings literacy and raises the people’s mental standard along with their standard of living. Education in the villages is imparted, through self-help and community effort. As a result, social consciousness is being cultivated in the rural masses.

The government is also busy bringing about improvement through social welfare extension projects. The scheme of adult education is proving very effective in solving the problems and It is an acknowledged fact that women have better aptitude difficulties of the adults. in nursing and midwifery; in bringing up children; in the management of the household; in the field of social service and fine arts and certain crafts and industries like knitting and embroidery.

The present-day villagers are convinced that education of their women-folk will make their home happier, healthier and wealthier. The villagers of today do not think that their educated women will dominate in their homes and neglect The villagers are no longer holding back their girls from them. going to schools or colleges.

The rural women teachers and nurses are showing better results in the villages than the ladies from the urban areas. The educated women of the villages are maintaining their households in a nice manner and are supplementing the income of the family as well. Agriculture in India is no longer based on the mercy of nature. The agrarian reforms, agricultural improvements and increasing application of science and technology are bringing sea changes in the faces and fate of the villages. Tap water and electricity have made the villages a worth living place far from the maddening crowd, pollution, and squalor of the urban areas.

The thoughtful persons long to live in rural surroundings: which are healthful and secure. The farmers are increasing their crop-yield without much extra expense. Some villages are getting industrialized on account of overdue increases in agricultural production. The villagers have become politically and economically sound now. The age-long division of society on caste lines no longer exists in the villages. These factors are awakening the village folk to the modern, realities.

The discretionary functions generally include planting and nursing of trees on roadside, construction and maintenance cells on the bus-stops on the roads, looking after public health and safety, reclaiming unhealthy localities etc. The Gram Pradhan has given some financial powers. Almost all the villages have cemented streets with drains. There are public hand pumps set up by the MLAs and MPs. Every village has been connected to the towns by roads.

Primary school and health centre: Villages have primary schools and primary health centres. There is a community centre where meetings of the village panchayat held. It is also a centre of recreation. A TV is there for the common people.

Change in agriculture system: Villages have made a lot of progress in agriculture. The big farmers have mechanised their farming. Now the National Rural Employment Guarantee Act provides 100 days employment to each rural household. Rural Banks are intended to save the villagers from banking on the moneylenders. The banks give loans at low rates of interest to help the villagers start small-scale industries.

The power supply in today’s villages: Many villagers have been electrified. The power is supplied to the villagers for irrigation and industries. The scheme of Sarva Shiksha Abhiyan (SSA) is being implemented in all villages to provide useful and relevant elementary education for all children in the 6-14 age group.

Conclusion: The Panchayati Raj is an example of decentralisation of powers. The government gives the top priority to Rural development.

Urbanisation means the shifting of population from the rural area to the urban area. It also means the making of rural area (a village etc,) more like a town or city by building there a lot of new houses, factories etc. Urbanisation is closely associated with the economic development of a country. Urbanisation was limited in India during the early part of the twentieth century because of economic stagnation. Its pace has been quicker after the country achieved independence. All the cities cannot be called urban areas.

The urban areas mean those place which has a corporation, municipality, notified town area or a cantonment. The place should have a minimum population of five thousand. Besides, the density of the population is at least 400 per square kilometre. Moreover, 75 percent of its male working population is not that of agriculturists. Urbanisation is the direct consequence of industrialisation. Urbanisation in India is a ‘recent development because industrialisation started quite late here. Only 43.81 million people lived in the cities up to 194L Even now only twenty per cent of India’s population lives in urban areas.

The urban population in the U.K., Japan, U.S.S.R. and ChS.A, is comparatively much higher than in India. However, there is a tendency towards urbanisation in our country in the present decade. A large number of the rural population migrates to urban centres to find work and employment. The nature of the agricultural operation is seasonal in the villages.

As a result, there are no regular work opportunities there. Besides, there is a lack of comforts of life in the villages. They are tempted by the glamorous life of the cities. The industrialised cities can provide them with better employment opportunities, cultural and social amenities and educational and business facilities. The rural people get sick of unemployment, family disputes, indebtedness, insolvency and insufficient income.

Therefore, they migrate to urban areas. Most of the facilities are available in towns and cities. More and more of the rural people are leaving their villages and are settling in or around the centre of the towns and cities. It has created the problem of housing in cities and urban slums have started growing. It has also resulted in overcrowded houses, traffic jams and pressure on schools and colleges criminal tendencies like gambling, prostitution, briberies, nepotism, hoarding, black marketing, adultery and adulteration are the direct consequences of urbanisation. Urbanisation has given birth to nuclear families, It has given a hammer stroke to the sense of moral duty towards parents and aged persons and a social feeling.

Social contacts have become segmental in urban cities because people have become self-seeking. Mutual relation among the family members has been adversely affected. Even the community life is disappearing. The villages depend upon the cities for market, credit and employment. They are becoming poorer day by day, Urbanisation has raised the educational level of the people.

The urban people get the clinical, recreational and marketing facilities of their choice. But the unchecked flow in the urban areas has worsened the conditions in the town. There is environmental pollution, congestion and insecurity of life, Urbanisation is both a boon and a bane for our country. 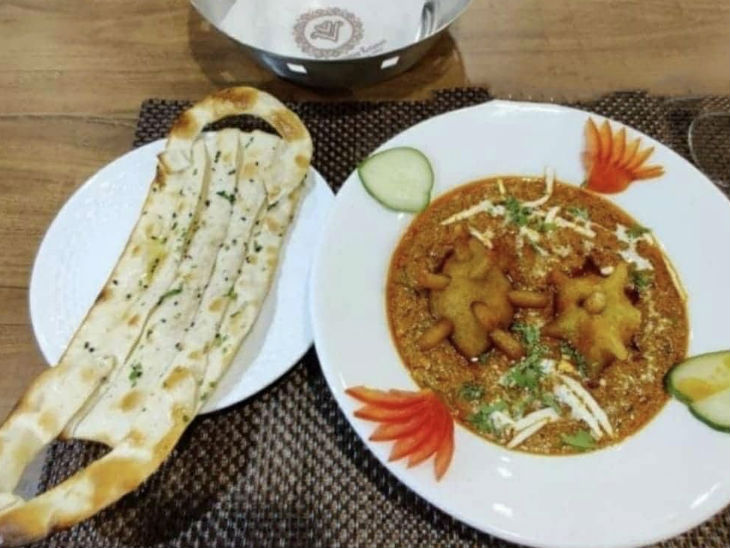 Corona Virus infection may range from one lakh to 1.3 million in India