A Bright New Grocery Store, Made Entirely of Recycled Plastic LOS ANGELES — There’s something strange about The Plastic Bag Store, a bright new grocery in downtown Los Angeles. At first glance, their frozen pizza looks like any other pepperoni delicacy, but upon closer inspection, you’ll notice that the cheese is wrinkled, the toppings are trimmed with expiration dates, and the brand name, “Bagarino,” is completely alien. This pizza, and everything else in the store, is made from discarded plastic.

The store is the creation of artist, playwright, and puppet designer Robin Frohardt, who has teamed up with the Center for the Art of Performance (CAP) UCLA to transport the The Plastic Bag Store from New York’s Times Square to Los Angeles. In Frohardt’s immersive installation, the cereal rattles like it’s filled with bottle caps, the water bottles are filled with a dirty, cloudy liquid, and advertisements for faraway dollar stores are printed on the banana peels. Frohardt has collected thousands of plastic objects, like salad containers, floss sticks, and lighters, and transformed them into uncanny replicas of common grocery store foods, like tomatoes, rotisserie chicken, and pre-packaged sushi.

The Plastic Bag Store has enough artificial produce to rival your neighborhood Ralph’s, and depressingly illuminates the sheer scale of plastic waste humans consume. Frohardt’s project recycles only a sliver of the 350 million tons of plastic the world produces annually, and, as an interactive display inside the store teaches us, none of that plastic ever decomposes.

Visitors can touch everything inside The Plastic Bag Store, so make sure to study the maze on the back of a box of Yucky Shards, or pick up vintage floppy discs from the deli. Frohardt has thoughtfully designed every piece of packaging, mimicking familiar brands’ copy with her own sardonic humor.

There are many surprises hidden inside The Plastic Bag Store, and while the installation alone is impressive, many more emerge through a ticketed, hour-long live performance that activates the space with puppetry, film, and theater. The comic story presents an alternate future of one generation warning the other of the dangers of plastic waste, from the ancient Greeks to a futuristic epoch called the Glorious Now. Prepare your grocery list and get ready to fill your cart with delicious trash. 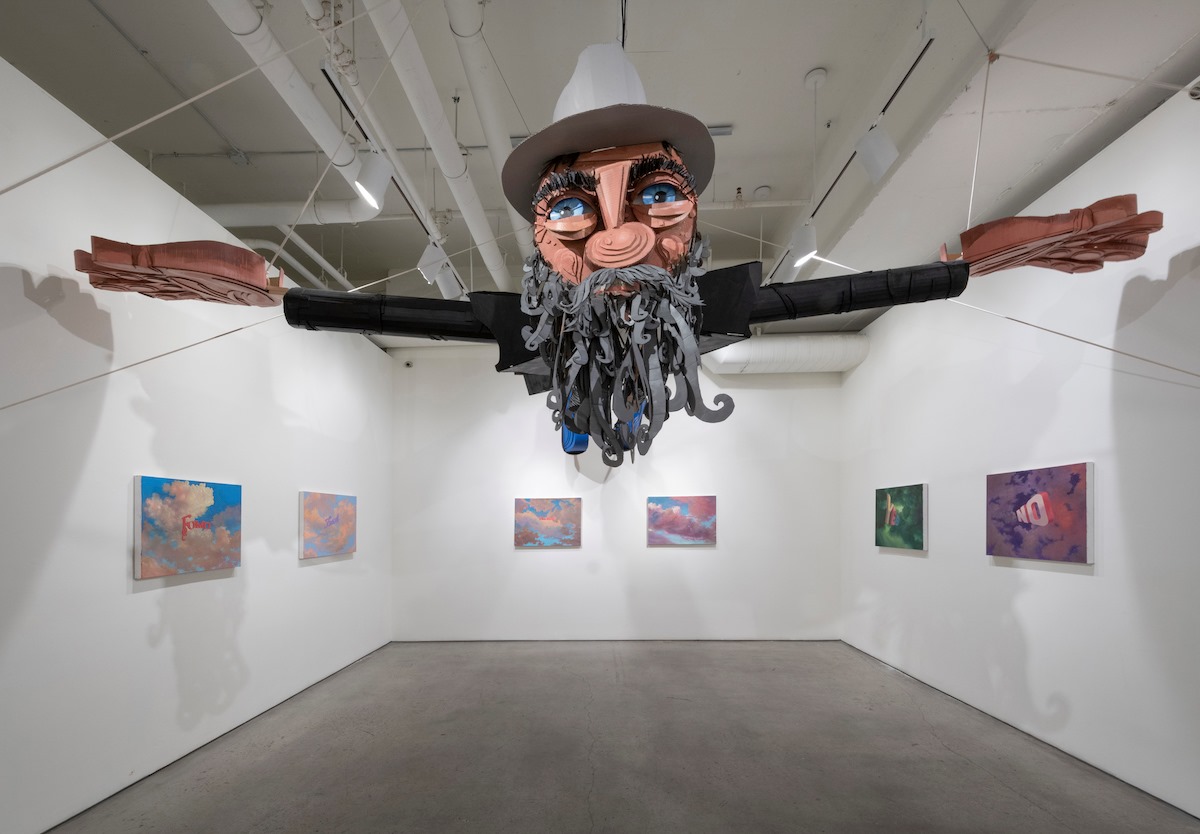